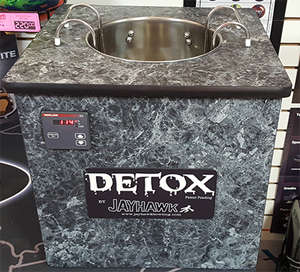 DETOX  Bring Your Ball Back To Life!! The Detox is the newest, safest and best tool for removing oil from deep in the surface of the Bowling Ball. It uses warm water (not hot), a mild cleaning agent and Patent Pending Ultra-Sonic Transducers to quickly remove lane oil that has soaked deep into the pores of bowling balls. The UltraSonic transducers create millions of microscopic high energy bubbles that reach deep inside the surface of the ball to release the oil trapped in the cover stock. Not only does the Jayhawk Detox clean deeper and quicker, it does not subject the bowling ball to extreme temperatures over 125 degrees that can damage a ball and void factory warranties. Most other oil extraction devices from ovens, to hot water baths, to dishwashers and streamers subject the ball to temperatures in excess of 125 degrees. Not only is the Detox safer to Bowling Ball cover stocks, it works quicker than most other devices. It helps bowlers get the Snap back and increase their scores and give their old ball new life. Over time your resin or particle bowling will absorb oil as it rolls down the lane. The absorption of this oil is what makes the ball hook and create friction. As the oil fills the pours of the ball the friction will decreases and you loose ball reaction on the lane. 20 Minutes for $20 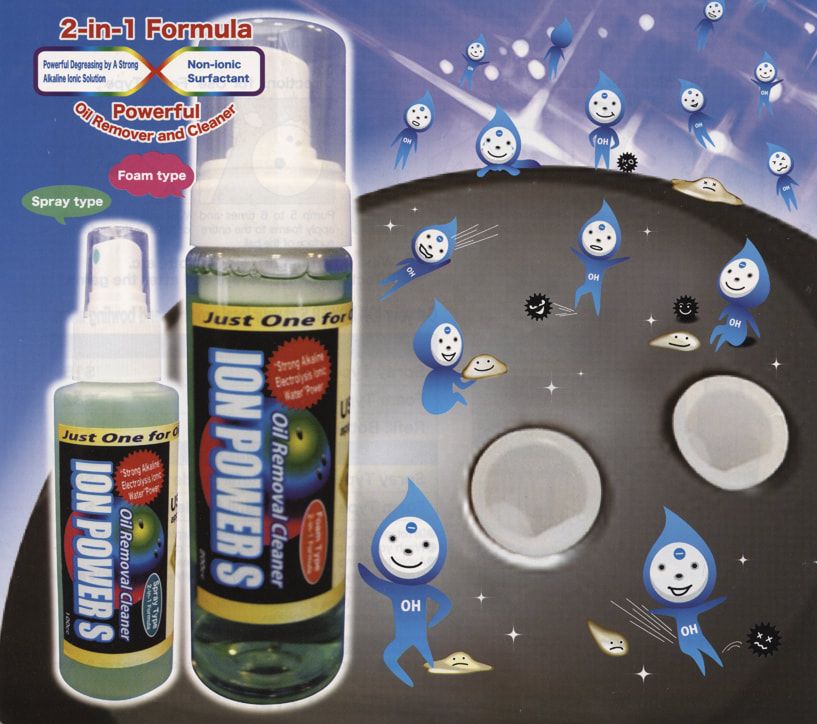 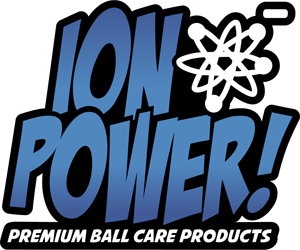